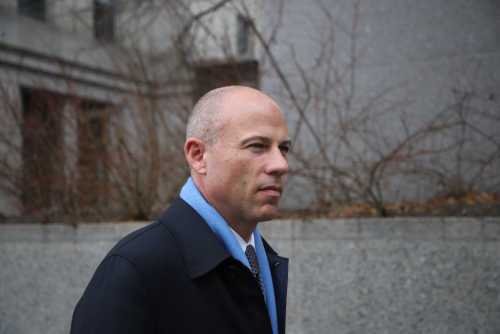 (NewsGlobal.com)- Attorney Michael Avenatti was sentenced to 14 years in prison and ordered to pay $11 million for embezzling money from four of his clients, according to CNN. Avenatti reportedly pled guilty to four counts of fraud for each client, as well as endeavoring to obstruct the Internal Revenue Service which sought to collect $5 million in unpaid taxes.

Avenatti became a household name when he represented Stormy Daniels, a former adult film star, who alleged that she and Donald Trump had an affair prior to him seeking the 2016 presidential nomination. Trump denies the allegations.

The 14-year sentence will begin after Avenatti completes his current five-year sentence related to two separate trials. One involved him reportedly attempting to extort millions of dollars from Nike and stealing nearly $300,000 from Daniels.

US Attorney Martin Estrada called the now-disgraced lawyer “corrupt,” saying that he had “claimed he was fighting for the little guy. In fact, he only cared about his own selfish interests.”

Avenatti originally faced a maximum of 83 years in prison for 31 fraud counts. Federal prosecutors decided to drop those cases if he agreed to plead guilty to the handful of cases that landed him an additional 14 years behind bars. They said that the judge will consider the remaining fraud counts as allegations.

Avenatti admitted to stealing millions from his clients earlier this year, including $4 million from a client with disabilities. His indictments state that the lawyer would lie to his clients about the terms of settlement. Instead of the payments going directly to them, he would deposit the funds into his attorney accounts that he controlled. He would then misappropriate the funds and tell his clients that the settlement had not yet been paid.