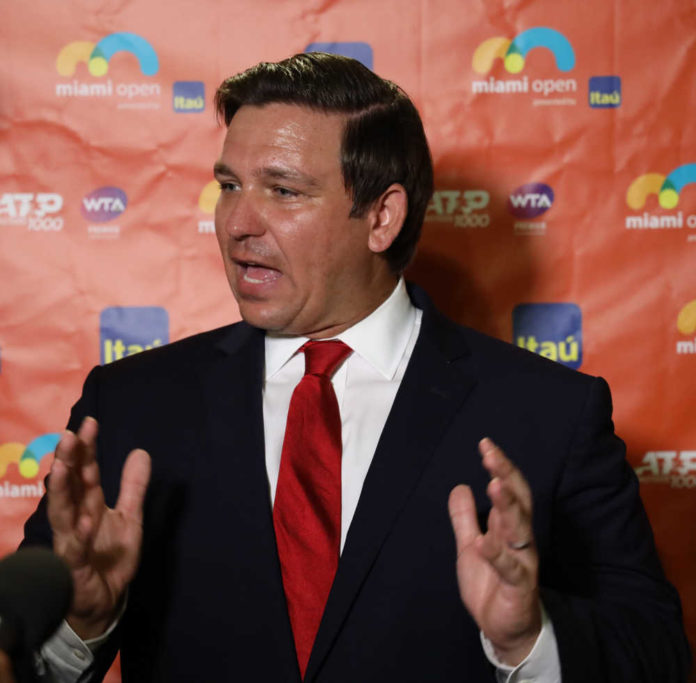 (NewsGlobal.com)- During a press conference last Wednesday, Florida Governor Ron DeSantis praised the Ukraine people for taking up arms to defend their country from Putin’s invasion and suggested that the same thing wouldn’t happen if Putin had invaded France.

Naturally, the media, which gets super upset every time Ron DeSantis cracks a joke, got super upset at DeSantis’ remark about France.

Responding to a reporter’s question on Russia’s invasion of Ukraine, DeSantis described Putin as “an authoritarian gas station attendant.” He blasted the Biden administration and Europe for not being serious about energy independence, arguing that their purchase of gas and oil from Russia was “funding this guy” and giving him the ability to “go in and flex muscle.”

DeSantis also expressed his admiration for the Ukrainian people and suggested that things in Ukraine wouldn’t work out for Putin the way he wanted them to. Calling the Ukrainian people taking up arms to fight the Russian army “inspiring,” DeSantis said that wouldn’t happen in “a lot of other places around the world” because other countries would “fold the minute there’s any type of adversity.”

Then, by way of an example, he asked if France would do anything to “put up a fight” if Putin invaded, adding “probably not.”